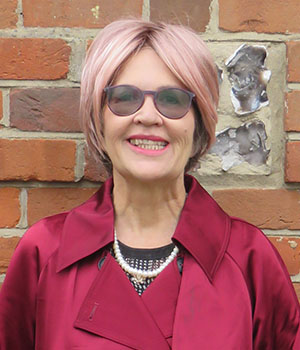 Judith is a woman on a mission. Anchored by her beliefs, she seeks to enrich and improve the lives of those less fortunate in the UK – both in her professional and personal life. But there’s nothing fluffy about this. She uses leading edge commercial and entrepreneurial approaches to make sure people whose circumstances make them vulnerable get the best possible chances in life.

Judith is the CEO of The Advocacy Project, an award-winning enterprise with a social purpose. So what makes The Advocacy Project so special? Personal experience of the challenges faced by those they work with – mental health problems, learning disabilities, dementia and so forth – is “baked in” at every level of the organisation – including at Board level and on all staff recruitment panels. It’s not an optional extra. This gives them authenticity and helps them build trust with their clients, which means they get better results. It’s a key differentiator and means The Advocacy Project creates products and services that hit the spot, and helps them maintain their reputation as an innovator. An example of this is the fast-track Covid-19 product they launched so people who were digitally excluded – the relatively new phenomenon of digital poverty – could access the internet, to keep themselves safe and well during the pandemic. We all know social isolation and loneliness can contribute to mental health problems.

Judith says “We try hard not to ‘do things to people’ or ‘do things for people’. We help people find their own voices and develop their capacity to do things for themselves – to increase their own agency”. (See ‘Jane’s outcomes’: how she feels about her agency in her life after receiving advocacy support).

Judith says “These principles underpin our approach to evaluating our impact. We know people feel stronger, safer and more confident after working with us. You’ll get a sense of the amazing work our advocates do and the difference this makes in people’s lives through this three minute quick videotape: https://www.youtube.com/watch?v=-EyL3lZBRyo.”

When Judith took on the role of CEO at The Advocacy Project, morale and motivation among the workforce was at rock-bottom. Staff turnover was over 50%. Around 80% of the organisation’s income came from one single contract – which was potentially up for re-tender. A lack of confident leadership and direction had led to a climate of fear and risk aversion, which paralysed decision-making, with signs of a demoralising blame culture. In fact, the Board were wondering whether to close down the organisation!

The Board appointed Judith to transform the organisation from being insular to more externally focused – primarily by increasing brand recognition, visibility and organisational sustainability. Judith brought in big-vision thinking which was absolutely critical in enabling business development to flourish. Judith made sure resources went in the right places - she quickly dealt with internal concerns that were stifling team work ethic (like consolidating employee terms and conditions). She prioritised investments that would enable the organisation to compete on an equal footing with others (including a new case management system, cloud-based working, NAQ qualifications, website development and social media presence). Four years later, income has more than doubled, The organisation has achieved £multi-million new contracts, expansion across London, new national and international projects, service across the whole range of low, medium and high secure forensic settings, a Personal Health Budgets service, the Healthwatch service in Brent – and the organisation has doubled its staff.

Judith re-energised the charity through transparent, values-based leadership and the results speak for themselves. There’s external validation of these results through some of the national awards The Advocacy Project has won recently, including for equality and diversity, and for focus on staff wellbeing during the Covid-19 pandemic. Hear Judith being interviewed about her approach to values-based leadership, with Emma Wrafter of Peridot Partners as part of the ‘Conversations with Leaders’ podcast series.

The Advocacy Project believes everyone can communicate, even those who face physical and cognitive challenges and those without mental capacity (like people with dementia). Using a range of techniques, it’s possible to understand people’s wishes about what happens in their lives. Korto has dementia and lived in a care home. She had lost the ability to speak. She needed to be moved to a facility that better suited her rapidly increasing needs. Lots of people felt she wasn’t able to participate in decision-making around this, but not The Advocacy Project. Our advocate worked with her - doing things like tapping on her table and building a Talking Mat to express her preferences. A talking mat is a surface on which you can place photos and other objects to aide communication. One side of the mat showed photos and images of what Korto likes (and those things get a big green tick). The other side shows things that she doesn’t like and those things get a big red cross. By building a picture of her life, observing her closely in her current stage of life, and using creative communications techniques, it’s entirely possible to involve Korto in decisions about her life. She’s now in a new facility that’s better suited to her complex needs, and she’s happy.

Values-based leadership is not just about the “fluffy stuff”. It creates real tangible business results. Working in the not-for-profit sector with a highly diverse team, and in a business environment where pressures are increasing rapidly, Judith is relentless in pursuing excellence in all aspects of the operation. She uses tools, techniques and approaches from her time in senior roles in the commercial sector and applies them to great effect in the charity and social enterprise sectors. Through her sharp focus on business and organisational development, The Advocacy Project has more than doubled its income, they have diversified into other areas and no longer have a reliance on any single funding stream. They now have prestigious contracts in many London boroughs and in settings like the high-secure Broadmoor Hospital. They also train staff at Royal Botanic- Gardens, Kew in the UK and overseas on how to keep children and vulnerable adults safe.

Strategic use of technology is a key plank in their strong market position and their reputation for innovative solutions. Unusual for charities and social enterprises, The Advocacy Project deployed flexible secure market-leading technologies rather than the more common in-house developed databases. They have been pioneering a blend of digital delivery and traditional face-to-face approaches for some time now. Unlike many other players in their sector, The Advocacy Project was well placed to move all their operations online during the government mandated lockdowns during the Covid-19 pandemic.

So where does Judith take her inspiration from? Naturally her faith inspires and guides her. A strong networker and a people person, she makes it a priority to learn from colleagues and other business leaders nationally and internationally. But her biggest inspiration and the thing that really drives her is the courage in the face of adversity demonstrated by the people The Advocacy Project works with – their clients. Like the young man with learning disabilities, autism and mental health problems who was harming himself (cutting) because his family did not understand the nature of his health conditions, and the home environment was too noisy and confusing for him. His brother’s friend took advantage of him and stole his pay cheque every month. He was too scared to tell anyone what was happening. Despite the awful situation, he faced every day with a smile. The Advocacy Project helped him raise concerns about his home situation and helped him resolve the situation.

Committed to nurturing people to be their “best selves”, Judith encourages others. For example, the person who got involved in The Advocacy Project’s poetry event (which celebrated the role of creative writing in mental wellbeing) and who went on to publish several books of poems. Passionate about equality for women, Judith works hard to shine a spotlight on the issues that women and girls face.

She has campaigned for gender equality in the UK and overseas (including in a former role that included being the women’s rights champion for an international development agency). Richard Miller the CEO of Sentebale - Prince Harry’s international development charity says “Judith is a strategic and thoughtful leader who role models a strong commitment to women’s leadership and women’s rights. When confronted by a tough challenge, she rolls up her sleeves and works alongside her staff to find creative and practical solutions”.

So what makes Judith special as a CEO during these turbulent times? Colleagues, commissioners and clients all say it’s her ability to integrate humanity and humility into her leadership. For her, it’s all about how to improve the lives of the people The Advocacy Project works with, and how to address the systemic issues that mean these people end up marginalised and excluded. And that’s something quite special. IEWL

Our vision is a world in which everyone has a voice. We ensure that the most vulnerable people in society have meaningful choice and control over what happens in their lives. Mental health problems, learning disabilities and dementia. With a long tradition of working with adults and older people, we are now doing some valuable work with children and young people. 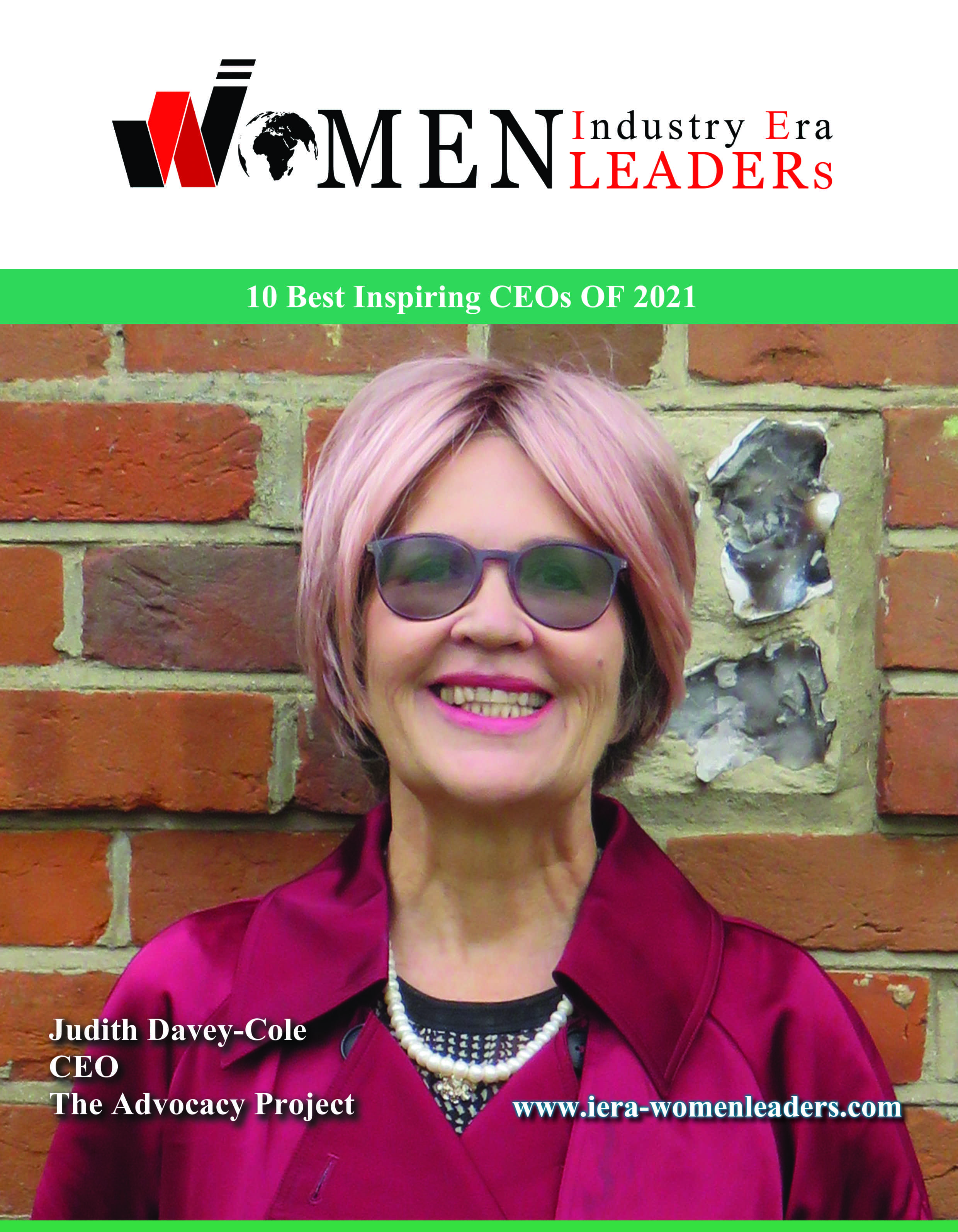